I spent half of my 20s observing tiny little fish under a microscope, and it was one of the most exciting times of my life.

Every morning I rushed to the lab to see if my fish had laid eggs. I watched the brain cells of these completely transparent organisms multiply under the lens. I still remember the first time I saw a living neuron developing in front of my eyes, in the brain of a young fish larva. This striped tropical fish could fit in the palms of my hands, and yet it is one of the most important organisms in biology, allowing researchers to answer fundamental questions in neuroscience, development, cancer, disease, and regenerative biology.

The beginnings of zebrafish research date back to the early 1930s, when Charles Creaser of Wayne State University in Detroit began using zebrafish (Danio rerio) eggs to show students the development of a living embryo and the movement of blood through its arteries. Creaser was able to do this because zebrafish females release eggs from their bodies which are fertilized by the sperm released by the male. The newly formed embryo is accessible to the observer as soon as it is fertilized. The fact that zebrafish embryos and larvae are transparent means that studying the internal parts of the animal is a snap. Creaser established methods of rearing, feeding and breeding zebrafish in the laboratory, but the animal’s widespread use did not take off for three decades.

Like Mendelian genetics, the zebrafish had to be rediscovered. In the late 1930s, George Streisinger and his family crossed the Atlantic in an attempt to escape the anti-Semitic living conditions of 20th-century Hungary. Streisinger’s passion for science landed him a job with Myron Gordon, one of the fish researchers at the New York Zoological Society. 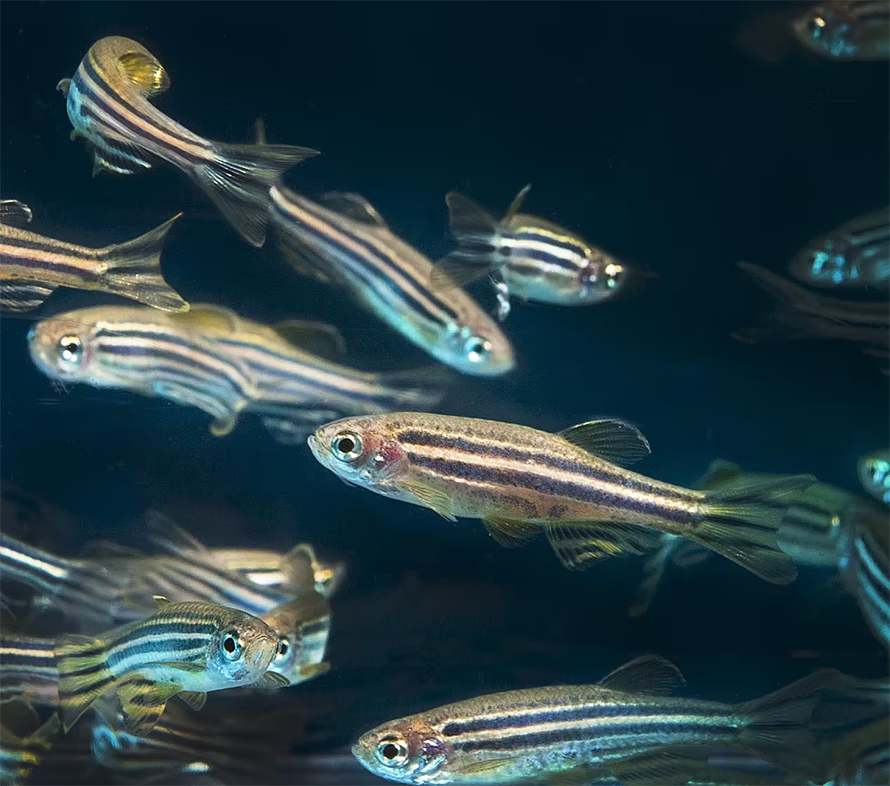 A school of adult zebrafish

Streisinger has devoted nearly two decades of his career to studying the genetic code of viruses that infect bacteria, called bacteriophages. He used these viruses to decipher how genetic material is encoded in living things. Despite his fundamental contributions to science using phages, Streisinger wanted to switch to a different system. He aspired to understand the development of the nervous system in vertebrates, particularly how neurons find their partners and make connections. At that time, in the early 20th century, animals such as medaka fish and goldfish were the preferred choices of researchers interested in understanding development. But Streisinger took another path. “The story goes that he walked into a pet store in Oregon and asked the owner, ‘What is a good, simple vertebrate that I could study? and the owner pointed to the zebrafish. At least that’s what the fishlore says, ”says Karuna Sampath, a professor who studies embryo developmental control at Warwick Medical School. 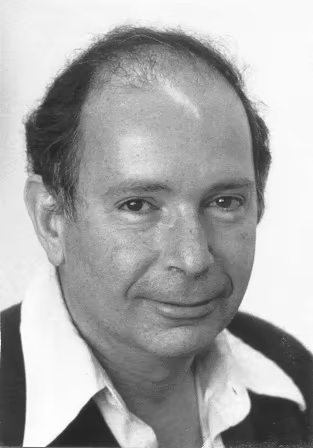 Having previously worked with zebrafish at the Zoological Society of New York, he was aware of the immense potential of fish for biology experiments. When he joined the University of Oregon in 1960, Streisinger went head-first to the generation of mutant strains of fish. His original laboratory was a converted military barracks, inside which he and his colleague Charlene Walker raised zebrafish in tanks. Zebrafish are found naturally in the tropical climates of Southeast Asia and can only survive in temperatures between 24 ° C and 38 ° C, meaning Streisinger and Walker had to be creative to maintain the hut temperature at an ideal location. In summer, water was poured over the roof to keep things cool, while in winter, electric heaters kept the hut toasty. Things quickly started to work out. In the two decades that Streisinger spent researching zebrafish before his death, he not only worked on deciphering neural development in the fish brain, but also implemented techniques to link mutations in the fish. fish genome to changes in fish appearance.

Streisinger’s goal to bring zebrafish up to model systems like drosophila and rodents were brought to fruition by the army of colleagues he had inspired. Zebrafish ease of maintenance and reproduction, year-round supply of embryos, external fertilization giving access to embryos from zero hour, and transparent young developmental stages make observation easy. But to really put the animal on top, it was important to show that it was susceptible to mutations, a key tool for biologists.

This is exactly what Christiane Nusslein-Volhard from the Max Planck Institute in Tubingen and Wolfgang Driver from the Massachusetts General Hospital did. They led the “Big Screen”, spread over several laboratories on both continents, to produce around 4000 strains of fish, each with a different aspect of disrupted early development. The result of this massive project has been published as a collection of 37 articles in a single issue of the journal Development, finally announcing to academia that the zebrafish was here to stay. In the wake of this accomplishment, zebrafish genome-wide sequencing data in 2001 allowed the community to select genes and match them to changes seen in fish mutants on the big screen. 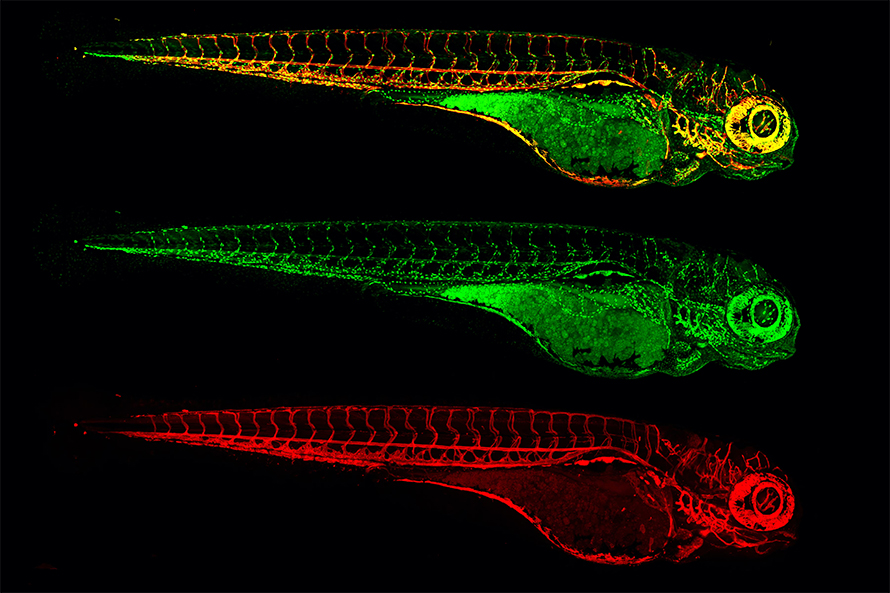 What started as an animal salvaged from the local aquarium is now an established vertebrate model system used in thousands of laboratories to answer questions about nervous system formation, behavioral changes, and the development and treatment of cancers, tissue regeneration and more. . You can actually look at the activity patterns of each cell throughout the zebrafish brain as the fish swim. You can filter out thousands of drug candidates just by throwing them in the water with the fish and watching what happens.

“It’s a good balance between being simple enough to gain a holistic understanding of the mechanisms underlying behavior, while sharing many preserved similarities in terms of anatomy, genes, molecules, that you can link to mammals and humans, ”says Caroline Wee, a neurobiologist lab at the Institute of Molecular and Cellular Biology, A * STAR Singapore.

Julien Vermot, who runs a laboratory in the Department of Bioengineering at Imperial College London, uses these fish for something unique. To study the effects of mechanical forces on heart development, students in his lab keep the zebrafish heart from beating for a few days. It is one of the few animals that can survive this. Despite these unique advantages, the model is not everyone’s first choice and certainly not as popular as mice or rats. As Vermot says: “It’s a fish. And we are not fish. So you have to convince people that what you are doing is meaningful to the whole community. Wee adds, “You can say that they are similar, but it is difficult to mentally make the connection between fish and humans. “

While the link between zebrafish research and humans is not clear, the benefits for them are. Rita Fior, group leader at the Champalimaud Center for the Unknown, showed how these animals can be used to test chemotherapy treatments for cancers developing in real human patients. Fish injected with cancer cells from patients and receiving the same treatment as the patient show an 84% similarity in drug response. This sets a priority for the potential screening of drug combinations in fish to examine their effectiveness in reducing cancer cell growth before administering them to patients.